Curcumin is the active ingredient in the Indian spice turmeric. With almost 3000 preclinical investigations, it is one of the best investigated botanical constituents in the biomedical literature. It has been shown to induce a range of positive effects, from lowering cholesterol to controlling blood glucose [1], but today we will concentrate on its application for osteoarthritis, osteoporosis and tendon injury.

A 2016 review paper looked at 8 clinical trials and found that curcumin containing products demonstrated consistently significant improvements in OA related endpoints compared with placebo, with only one exception [2].

It is important to note that 6 out of 8 of these studies were using standard curcumin preparations.   The main downside being that standard preparations are very poorly absorbed into the body. This issue has been substantially improved however, with various new formulation strategies developed to improve curcumin absorption. We may therefore expect to see even better results with these new formulations.

One such formulation was studied to investigate its effects on OA over an eight month period [3]. In this randomised control trial it was shown that after 8 months of continuous use, scores for OA symptoms (pain, stiffness and physical function) decreased by more than 50%, whilst the treadmill test showed an overall three-fold increase in walking distance compared to the control group. They also found a significant decrease in all inflammatory markers measured .  More studies on these high-absorptions forms of curcumin are needed for confirmation of these results but the findings are very intriguing none-the-less.

It also appears that curcumin may have synergist effects when combined with other medication. Administration of curcumin with glucosamine lead to faster and increased improvements in pain, stiffness and physical function after 4 months when compared to glucosamine and chondroitin [4]. 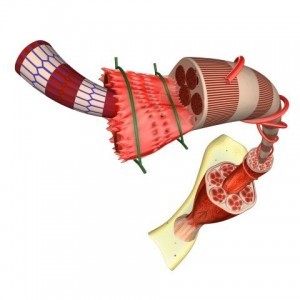 There has been less published clinical research on curcumin with regards to other musculoskeletal problems.  There is however promising translational data to show curcumin may be beneficial in osteoporosis as it can lead to improvement in indicators of bone health and mechanical properties [1].

Another recent study also found that curcumin can improve the quality of tendon rupture healing in rats. In this study it was shown that curcumin significantly improved the strength of injured tendons compared to control [5].

Many of curcumins positive clinical benefits are thought to be derived from its anti-inflammatory effects. Curcumin has been shown to possess anti-inflammatory properties comparable to non- steroidal anti-inflammatories (NSAIDs) (e.g. ibuprofen) [2]. However, compared to NSAIDs curcumin appears to have some notable advantages:

Firstly, unlike NSAIDs, curcumin use is not associated with serious side effects such as gastrointestinal (GI), cardiovascular, kidney and liver, adverse events [6] and in fact may be GI-protective [3].

The GI side effects associated with NSAIDs were thought to occur primarily when NSAIDS are taken frequently or for long periods. However, NSAIDS have recently been found to pose a much higher relative risk of bleeding in the upper GI tract (as much as 4 times greater with Diclofenac and Naproxen) after only one month of regular NSAID doses [7]. Curcumin has been found to be well tolerated even in doses up to 10g/day [8] and therefore represents a safe and effective alternative to NSAIDs, particularly with use for conditions that require long term management such as osteoarthritis, or in patients with a history of stomach ulcers, cardiac or kidney problems.

Secondly, whilst NSAIDs work on only one inflammatory pathway (inhibition of COX), curcumin has been shown to exert effects on many (NF-KB, COX, NOS, 5-LOX) [1, 9]. This may in part explain some of curcumin’s wide ranging health effects.

As mentioned above, standard prepatations are very poorly absorbed. If you want to supplement with curcumin we recommend taking it in a more absorbable form such as the brand “Meriva”. You can find the Meriva formulation in Jarrow Curcumin Phytosome available from amazon.

This post was written by Steffen Toates. Steffen is a chiropractor at Dynamic Health Chiropractic in Jersey, Channel Islands. For more information about Steffen click here.

← Top Tips for Slipped Disc Relief
Do You Have Good Posture? →